Innovation in publishing: a brief history

But only one Gutenberg was the original tech mogul who disrupted the publishing industry. In 1439, this German inventor developed a kind of press that made it possible to print text in multiple copies. Of course, like many tech icons, Gutenberg was actually the second person to invent his device. Although it wasn’t widely adopted at the time, Bi Sheng created moveable type 400 years earlier in China.

It may seem funny to talk about books like a technology, the same way we talk about smartphones and apps. Despite their low-tech material of paper and ink, books are technology: an object invented to store information. That’s why we’re taking a look at how innovation has shaped the history of publishing, from ancient eras right up to today.

Before Bi Sheng and Gutenberg’s printing inventions, every single book around the world was made by hand. These manuscripts, or hand-written texts, came in two main formats. Scrolls had writing on a single, rolled-up surface. On the other hand, a codex would look much more like a modern book. They had multiple pages inside a pair of wooden boards. But compared to printed books, very few manuscripts existed.

In large part, handmade books were rare because of the time, effort and resources required to create them. Not only did you need someone who knew how to write—not easy to find thousands of years ago—you’d also need something to write on and with. Some common materials included clay and wax tablets, papyrus paper and parchment. Besides quill and ink, styluses and calames were also used to write. And once you gathered the materials and found a scribe, it could take years to copy out a text.

Because books and writing were advanced technologies most people never encountered in the handmade era, cultural information was stored in other ways. For example, the art and decoration on buildings like churches told visual stories to their viewers. Music, folktales and good old memorization were also important forms for sharing knowledge. However, the arrival of the printing press was about to revolutionize books.

Printing wasn’t special to the printing press, but the concept of moveable type was. For centuries, artists knew to carve a flat image onto a block of wood, cover it with ink and press it against a paper page to make a print. Gutenberg and Bi Sheng’s innovation was to produce images of individual letters, or characters. Then, these letters were arranged into the text of a page and set into a frame for printing.

Although it might not sound like much, this moveable type technology meant that printing a page took minutes instead of weeks. Printing a book of 100 pages took weeks, not years. Plus, making copies was simple. As a result, more and more books entered circulation. Books held more information and, in Europe, more people read them throughout the Renaissance and Enlightenment. Publishers began to print and sell books on a bigger scale than ever.

One reason why the audience for books exploded? Education expanded dramatically in many places across the world. A growing number of people could read and they bought books. History, science, fiction, philosophy, dictionaries, travel guides—publishers offered books in every genre as printing technology advanced. Presses improved, paper became cheaper and by the end of the 20th century, the business of making and selling books had spread into a global industry worth billions of dollars.

But the story of publishing innovation doesn’t end there. The invention of computers and the Internet created new tools for writing. From the clay tablets and calames to desktops and digital formats, another huge technological shift has been changing publishing over the past several decades. Unlike printing, however, digital publishing has taken lots of different directions as audiences try new experiences.

For example, publishing books on CD-ROM was a major trend in the 1990s. As old-fashioned as that sounds today, CD-ROM publishing let users access a large amount of information easily. In fact, an early digital encyclopedia set was priced 86% cheaper than the equivalent 21 volumes of printed books. And the format could include multimedia audio, video and links.

While CD-ROMs were replacing traditional encyclopedias, more experiments were happening online. Twitter launched in 2006 and by 2008, people were using it to write novels 140 characters at a time. The Kindle launched in 2007 and by 2010, e-books made up an important part of sales. New channels, formats and ideas are still developing and evolving online very quickly. After all, who needs a CD-ROM reference publication when you have Wikipedia?

In short, the book is a technology that has been renewed to meet the needs of readers for hundreds and thousands of years. As publishers face digital challenges in the 21st century, there’s plenty of reasons to be optimistic about the future. Handmade, machine-printed or digital: books are always adapting so that more people can access them—and the knowledge inside.

Read this article in our 7th issue of Calaméo Magazine, as well as many others on the theme of renewal and innovation:

And if you haven’t read all the other issues of Calaméo Magazine yet, you can find them right here.

When you’re ready to start digital publishing, it can be challenging to choose a platform. Because there are quite a few options out there, we’ve put together a five-point guide to help you choose the digital publishing platform that’s right for you.

First, answer a few simple questions about your basic publishing needs. Next, consider the features that are important to achieving your goals. Then review the audience access that your publications will require and other key platform elements like languages. Finally, look at plans and prices to see which digital publishing platform is the best fit for you.

Begin with some simple facts about the content you will be publishing online.

Since you’ll want to try out any digital publishing platform you choose for free, here is what Calaméo has to offer on our BASIC plan:

In addition to transforming files into HTML5 publications, you may also want to take advantage of some of the great features online platforms can provide. But remember, the specific features that will matter most depend on your objectives. For example:

In many cases, digital publishing platforms will ask you to sign up for a paid plan to access advanced features. Here’s what you can expect from Calaméo:

Often, subscription set-up in particular can be complex. We recommend you research privacy and subscriber options thoroughly to find the right fit for your needs.

Although publishing basics and features are essential, it’s worth keeping a few other aspects of working with the platform in mind. For instance:

Last but not least, look at the pricing of different plans as you choose a digital publishing platform. In some cases, the free Basic plan may have everything you need to get started. However, the cost of paid plans can vary quite a bit—from as low as $14 per month with a PREMIUM account on Calaméo up to $269 per month on other platforms.

Below, you’ll find a chart comparing the monthly cost before taxes of Calaméo’s annual plans. (In other words, you’ll pay the total yearly amount at checkout to benefit from these prices.) Please note that all prices are listed in USD.

If Calaméo seems to match your needs, why not try out the advanced features of our professional PLATINUM plan? During your PLATINUM Demo, you’ll enjoy direct downloads, full viewership statistics and much more. Request your free trial today and experience exceptional digital publishing on Calaméo. 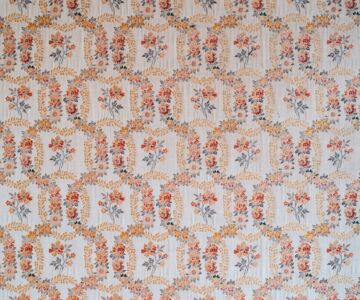 Portable Document Format (PDF) is a file format used to present documents in a manner independent of application software and operating systems. The format was established in the early 90’s and has since been widely used around the world. But PDFs do come with some disadvantages in the modern business world.

The creators of PDFs originally designed the format for printing and features have since been added. However, many do not hold up to the high standards of enriched multimedia document technology that we have today.

In this article, learn about the top three problems with relying solely on PDFs. Plus, we will explain how Calaméo can help transform your PDF documents for your business needs.

What are common issues with relying on PDFs?

PDFs are not screen-friendly and are often ill-formatted on small devices like tablets and mobile phones. As a result, finding the right page can mean minutes wasted scrolling unnecessarily within a document.

PDFs have always been difficult to integrate on webpages. For example, without the necessary plugins, users are often prompted to download and view the file in a separate application.

In addition, PDFs make it almost impossible for you to engage your readers with interactive content. That’s because images and videos are cumbersome to include within the document. Unless you’ve added dynamic links to the document, viewers cannot even click on links provided in the PDF itself. Thus, PDFs actually get in the way of a seamless online user experience.

Finally, one of the biggest disadvantages: PDFs tend to lack key information that search engines need in order to understand exactly what your document is about. When your content is hosted on a high PageRank website like Calaméo, search engines index it quicker and make it appear higher in their search results.

Which PDF alternative should I use?

Calaméo is the perfect solution to bring your documents into the digital era. Our HTML5-based publication viewer requires no plug-ins and adapts perfectly to any screen.

Moreover, with our high-speed document conversion technology and user-friendly Editor, you can transform your documents from dull and lifeless PDFs to enriched interactive documents in a matter of minutes.

You can also make the most of our Statistics. The detailed insights about your readership they offer can be vital for optimizing your publications’ content, ad revenue and more.

Of course, PDFs are still a valuable resource for the sharing and viewing documents. However, we strongly advise using intuitive conversion platforms such as Calaméo to help you to publish and share your documents in the most professional manner. Our online solution gives your digital publications in the best possible presentation, guiding your readers from browsing to action.

Haven’t tried digital publishing for your documents yet? Join Calaméo today and see the difference for yourself. It’s fast, easy and free to start.